One licensee pointed out to us that it was no surprise that these documents are very vague and appeared without any notice, (as to date). This combined with the large bump in animal-rights groups targeting bear owners and zoo’s, plus the established past history that APHIS will “weaponize” such new items against licensee’s, those licencees should be aware of these new documents.

Update 10/20/17: When we first reported our findings on this topic on October 14, the information went viral and the registered comments took off like a rocket. Just 6 days after our release the USDA has extended the comment period to November 2, 2017, citing the large volume of comments now coming in.

Many zoo professionals, and others have significant concerns about the proposed USDA Rule Change for Procedures for Applying for Licenses and Renewals Docket ID: APHIS-2017-0062 introduced on August 24, 2017. (Click to read)

The USDA is proposing that all USDA license will now completely expire, and each facility will have to reapply and go through the entire initial application procedure, not just once, but each and every time !  This is completely unnescessary !

“APHIS inspectors and supervising staff have a documented notorious history for bias and unfair behavior towards select licensee’s of their own personal choosing.”

In an effort to assist in this comment period the following is a throughly researched and outlined statement of facts that have been passed onto us that is in opposition.  END_OF_DOCUMENT_TOKEN_TO_BE_REPLACED 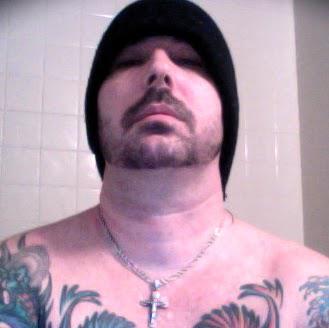 That is what the People for the Ethical Treatment of Animals, (PETA) belief statement on zoo’s tell us. (Zoos: An Idea Whose Time Has Come and Gone). It would seem that one such zoo professional has elected to stand behind PETA.

Jason D. Pratte, (Jay) a 45 year old zoo employee of the Omaha’s Henry Doolry Zoo, (which is an accredited facility of the American Zoo Association, AZA) has elected to provide his services and experience, most of what he has learned under the direction of such AZA accredited zoo’s to PETA as it continues on with it’s mission and belief that zoo’s should not exist.

This was taken from PETA’s Official Facebook on November 18, 2017:

Pratte has agreed to become a type of expert witness for PETA as it wages it’s war-belief on other zoo’s such as Dade City Wild Things in FL.

Is PETA acting against Gods word?

“We do not advocate ‘right to life’ for animals”.   -Ingrid Newkirk, PETA, CEO and Founder.

What does the Bible say about animal rights?   PETA acts against Gods word.

The Word of God does not mention the treatment of animals to a great extent. However, from the creation account we get both what the Bible says about animals and how we must treat them. In Genesis 1 we find the creation of all things. It is here that we see God establishing the relationship between man and animal. In verse 28 God gives to man authority over all that was created on earth. Man is to take care of and use the earth. Man is to have the authority over all that was created. This means that man is to assume the control and protection of all that God had created. We must be careful in this role.

However, it is important to notice what God does after the sin of man. Genesis 3 gives to us the details of the first sin man commits. In verse 21 God prepares for mankind a covering out of skin, and for the first time an animal dies. The implications of this flow throughout the Word of God; because of man’s sin, death has entered the world. However, for our discussion on animals, it is important to understand that the animals are to be used by men for our needs. END_OF_DOCUMENT_TOKEN_TO_BE_REPLACED

Carole Baskin: Master Manipulator! On November 07, 2014, the Florida Fish and Wildlife Conservation Commission (FWC) made an unannounced visit to inspect Carole Baskin’s Big Cat Rescue and found a whopping 77 violations that day!  Violations consisting of enclosures with trees that grew through the cage tops breaking the wire, trees that grew through cages and died, rust and corrosion on many, many of the cages, dead limbs and debris weighing down the tops of many cages, broken cage support poles, Broken cage door supports, hog rings used to hold cages together were disconnected, in other words, not holding cages together, grass needing removed, cages not having been raked or cleaned, a water dish so filthy the FWC said it needed to be replaced, and one enclosure didn’t even have the top panel connected to the cage! When confronted with these violations, Carole Baskin starts up her manipulation machine then asks the followers on her Facebook page to chime in.  She actually turned the word “Violation”, a word the FWC used many times in their report, into “Suggestion” stating that anyone who called them violations were misquoting the FWC.  Her word change, in effect, changed the entire focus of the FWC report. END_OF_DOCUMENT_TOKEN_TO_BE_REPLACED

How the USDA/APHIS conducts predetermined inspection reports
and the chronic misuse of their authority.

-“APHIS conducting biased investigations initiated and conducted with the obvious intent according to a predetermined conclusion.” [page 4]

The United States Department of Agriculture, Animal Plant Health Inspection Service, (APHIS) over the past several years has begun a relentless bombardment of unfair practices, to the point of the illegal acts to deprive licensees of their right and fair ability to conduct business in a regulated commerce. Many stories have been told and conversations had by such licensees over the years of such acts by inspectors, even to the extent of many recorded inspections and the unbelievable biased, predetermined approach, flawed inspection procedures, and misuse of their official capacity to predetermined inspection outcomes in a direct, deliberate and collaborated effort to harm licensees unfairly. END_OF_DOCUMENT_TOKEN_TO_BE_REPLACED