That is what the People for the Ethical Treatment of Animals, (PETA) belief statement on zoo’s tell us. (Zoos: An Idea Whose Time Has Come and Gone). It would seem that one such zoo professional has elected to stand behind PETA.

Jason D. Pratte, (Jay) a 45 year old zoo employee of the Omaha’s Henry Doolry Zoo, (which is an accredited facility of the American Zoo Association, AZA) has elected to provide his services and experience, most of what he has learned under the direction of such AZA accredited zoo’s to PETA as it continues on with it’s mission and belief that zoo’s should not exist.

This was taken from PETA’s Official Facebook on November 18, 2017:

Pratte has agreed to become a type of expert witness for PETA as it wages it’s war-belief on other zoo’s such as Dade City Wild Things in FL.

Why would a long standing AZA professional member and staff member of a large scale AZA accredited zoological park, (such as the type that PETA is clearly against) join forces with such a anti-zoo-group? This is exactly what got our attention and what we wanted to find out.

We talked with past peers of Pratte’s who wished not to be identified, citing that “the AZA and groups like PETA love to go after revenge if you speakout against them”. So we asked the following:

Question: Do you know Jay Pratte?

Question: That sounds like there is a background there? What can you tell me about him?

Answer: Well, Jay’s best friend is himself. I have been in the zoo industry for several decades, and nobody likes to talk more about Jay, than Jay. He is one of those type of keepers that always had a very large ego, and the thing that everyone knew about Jay, was that if you ever professionally disagreed with him he would absolutely “slam” you behind your back, all the time to your peers, even when you are right.

He is known for not supporting the “open dialog” when working with zoo animals. It was either his way, or the highway. But basically one of those keepers who just had to hear himself talking all the time, and was a self-know-it-all.

I remember one of the veterinarians he worked with telling me, (talking about Jay), “how can you ever lean anything if you already know it all?”. I will always remember that.

Question: Why do you think Jay would side with PETA on any argument or case?

Answer: Well, if were talking about the case you showed me, (PETA vs. Dade City Wild Things), I am not completely in the “know” on all of those issues. But knowing a little about Jay it’s a great opportunity to fill his ego and seeing his name in print.

Over the years, many of his peers just try to avoid him, so when someone, anyone, even PETA ask for his input I am sure his ego meter went off the chart. Most everyone I know pretty much tries to avoid him, which is why I think that we have seen him start working more with the questionable groups like PETA, Global Federation of Animal Sanctuaries, and others.

It would not surprise me if he ends up working for a group like that in the near future. He really never stays working at one zoo more than a few years, or so. It seems like that is when he wears himself out with his peers, then he jumps off to another zoo.

Question: You don’t think he was trying just to help the animals?

Answer: As zoo professionals we all know who regulates our industry and that’s the USDA. So why help PETA and not the USDA if there is or was an actual problem there? The way I see it, the USDA regulates our industry, but PETA wants to stop the industry. Jay know’s the choice he has made, and I feel their was probably some “expert witness” fee’s involved on PETA’s part. Just my opinion.

In reading his expert affidavit it caught my attention that Jay really talks about all the papers and cites he has published, but no where dose it ever mention where he gets all of his working experience from, (which zoo). My opinion is that’s because those zoo’s are all AZA accredited, and zoo’s are exactly what PETA promotes itself in wanting to shut down (zoo industry).

So if he would have offered assistance to USDA, the industry is regulated, but they don’t pay expert witness. But if he gives his assistance to PETA, he possible gets a nice paycheck, and a zoo competitor gets hammered and possible put out of business, plus he gets his ego filled by being placed in the media. He loves that stuff. The differences are very clear, just saying.

Question: I see he has worked at Zoo Atlanta and is currently at Omaha Zoo?

Answer: Oh yes. You don’t know about when he was at the Dallas Zoo?

Question: No. He does not advertise that freely. What can you tell me?

Answer: Well, I will let you look into that one. That was back when the Dallas Zoo was operated by the City of Dallas, so I am sure those records would be easy to get. That’s when ExxonMobile built that brand new $5 million tiger habitat. Jay did not last long there. Trace down some of those folks that worked with him down there as well. I am sure they will have much to tell you.

I believe that one of Jay’s “ex-partners” still lives down there. He might be able to give you more insight into some of Jay’s alternate lifestyles and beliefs than I could.

We were also pointed to the fact that Omaha Zoo and Dallas Zoo share the number 1 position for the Top 10 Worst Zoo’s In America, according to the organization, In Defense of Animals, another animal rights organization that PETA has helped support many of it’s campaign’s. 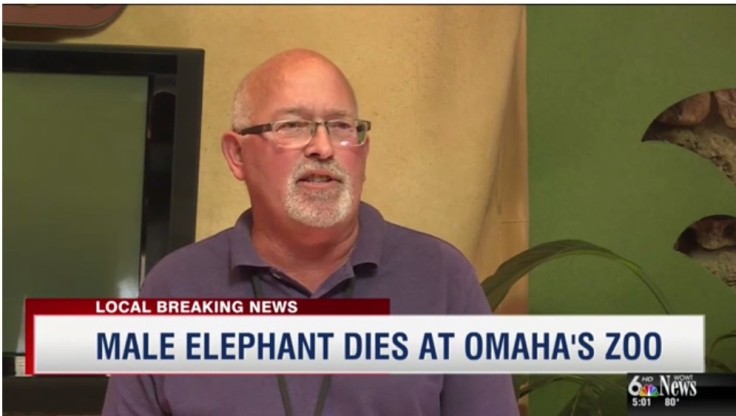 “In Defense of Animals (IDA), an international animal protection organization, placed Omaha’s Henry Doorly Zoo and Aquarium on a list of the top ten worst zoos for elephants.

In a press release Tuesday, the organization highlights the death of Warren, an African elephant who died while under anesthesia for a procedure to repair a cracked tusk. Twenty minutes into the procedure, he stopped breathing. Zoo vets took emergency measures, but they were unable to revive him. He had been the lone male in Omaha’s herd until the arrival of Louie last summer.” Read more….

It would seem that either Mr. Pratte attracts this type of embarrassment, or he may a contributing factor.